Michael Lee Aday, born Marvin Lee Aday (September 27, 1947 – January 20, 2022), better known as Meat Loaf.
Aday had formed his first band, Meat Loaf Soul, after a nickname (Meat Loaf) coined by his football coach because of his weight. He was noted for his powerful, wide-ranging voice and theatrical live shows. His Bat Out of Hell trilogy—Bat Out of Hell, Bat Out of Hell II: Back into Hell, and Bat Out of Hell III: The Monster Is Loose—has sold more than 65 million albums worldwide. More than four decades after its release, the first album still sells an estimated 200,000 copies annually and stayed on the charts for over nine years, making it one of the best-selling albums in history. After the commercial success of Bat Out of Hell and Bat Out of Hell II: Back Into Hell, and earning a Grammy Award for Best Solo Rock Vocal Performance for the song “I’d Do Anything for Love”, Meat Loaf nevertheless experienced some difficulty establishing a steady career within the United States. This did not stop him from becoming one of the best-selling music artists of all time, with worldwide sales of more than 100 million records. The key to this success was his retention of iconic status and popularity in Europe, especially the United Kingdom, where he received the 1994 Brit Award for best-selling album and single, appeared in the 1997 film Spice World, and ranked 23rd for the number of weeks spent on the UK charts in 2006.
His other film roles include Eddie in The Rocky Horror Picture Show (1975), and Bob Paulson in Fight Club (1999). His early stage work included dual roles in the original Broadway cast of The Rocky Horror Show, and he also appeared in the musical Hair, both on-and off-Broadway. Meat Loaf performed “Thrashin” for the soundtrack of the 1986 skateboarding film Thrashin’ (directed by David Winters and starring Josh Brolin). In 1994, he sang the U.S. national anthem “The Star-Spangled Banner” at the Major League Baseball All-Star Game. Aday was married twice, and had a daughter, actress Amanda Aday, from his first marriage. He also adopted his first wife’s daughter (from a prior marriage), Pearl, who later married Anthrax rhythm guitarist Scott Ian. Meat Loaf died on January 20, 2022, at the age of 74.

About the Author: Guest Author 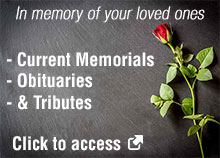